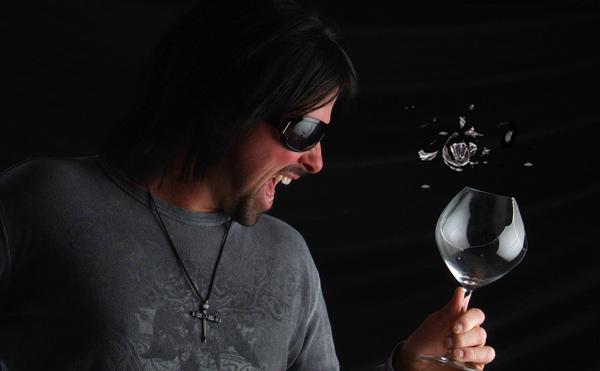 Jaime Vendera is a multi-talented author who has released books on a variety of subjects including vocal instruction, breathing, positive empowerment and self-publishing. But his main gig is vocal coach to signed artists…Want more vocal range, power, consistency and stamina? Look no further-World renowned glass shattering vocal coach Jaime Vendera is one of the most sought after coaches for voice strengthening on the planet. Jaime isn’t considered a typical voice teacher; He’s known as the “voice strengthening specialist” by professional singers and record companies alike. Singers who seek Jaime’s services all desire to obtain similar vocal goals including: more stamina for long sets and night after night of shows, range increase, added power, more projection, tips and tricks to eliminate vocal strain or vocal loss, ways to improve vocal quality and tone and secrets to keep the voice in shape day after day.

Jaime has the answers to all of these questions. Not only does he teach his methods through private, phone & Internet lessons, as well as vocal seminars, but he also explains his “Voice Strengthening” secrets through his Raise Your Voice system; a three-book system consisting of Raise Your Voice, The Ultimate Breathing Workout & The Ultimate Vocal Workout Diary.

Does Jaime’s method work for increasing vocal range, power, stamina and quality? YES! The secrets that Jaime teaches in his Raise Your Voice series are the exact same principles he has used to turn his two octave range into six octaves/120 decibels of raw vocal power. He used these simple principles to set a world record by shattering a glass by the power of his voice alone as seen on the Discovery channel show MythBusters. Jaime has performed on television shows in the US, Europe and Japan demonstrating the power of his voice; each show requiring him to scream hours on end…without ever losing his voice! His books have been read, praised and endorsed by members and singers of bands such as, TNT, Nitro, Dream Theater, Journey, Saliva, Three Doors Down, Winger, Evanescence, Dokken, Stryper, Chevelle, Shinedown, Sevendust, Puddle Of Mudd, Godhead, The Rasmus, Machina, Avalon, Theory of a Deadman, Kill Hannah, RA, Steroemud, The Dreaming, Future Leaders of the World and many more. He has also worked with and given tips to many of these artists.

Jaime honed his vocal training skills by playing professionally starting at the age of sixteen, then moving to Hollywood California at nineteen to study voice at the Musician’s Institute, studying, reading, watching hundreds of books, CDs, DVDs and videos on the voice, yoga, massage therapy, reflexology, hypnosis, anatomy, natural healing, etc… as well as through the guidance of Metal singer, Jim Gillette of 80’s band Nitro. He now teaches privately as well a virtually by using a webcam, and has worked with artists from several record companies, including Atlantic, Epic and Universal records.

He is the official Spokesman for VAM Acoustics and is featured on all of their packaging. As of this bio, Jaime has shattered 96 glasses by the power of his voice alone and over 60 with the aid of an amplifier. He and his wife Diane are devout Christians who currently live in the United States in Franklin Furnace Ohio with their son Ryan, their little Dachshund, Miley and their two Chihuahuas, Taco and Belle.