Skip to the content
Home » Blog » Are you a Vocal Over Doer? 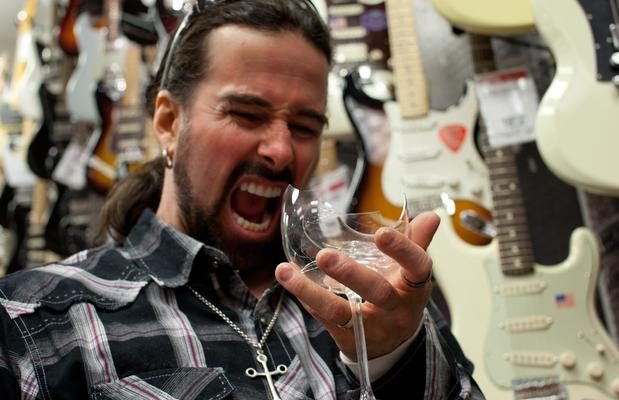 There is a phenomenon known in laryngologist’s offices known as Vocal Over Doer Syndrome.  What is it and how do we manage or eradicate the symptoms if you fit this profile?

To diagnose yourself as someone possibly possessing the vocal over doer personality, honestly ask yourself this question; Where would I rate myself on a seven point scale with one being quiet as a church mouse, and seven being the life of the party (in other words, you cannot shut up!)?  More importantly, where would others rate me?

People that rate sixes or sevens, inevitably display the symptoms of Vocal Over Doer Syndrome.  Those symptoms are polypoid change in the vocal folds, chronic laryngitis, bilateral swellings such as nodules, or polyps.  Interestingly enough, vocal technique is not always the driving factor in these singers’ issues, overuse is.  The distribution of physical vocal issues (nodules, polyps, cysts, sulcus) is evenly distributed amongst genres of music with amateur classical singers having a slight lead.  The one thing they have in common is that they almost always tend to be over doers.

We all get vocal fold swelling from time to time.  The issue with vocal over doers is that they do not give the time for the issue to resolve, but keep insulting the initial injury making it stubborn and risk permanent tissue damage.

What does one do if they fit the vocal over doer personality and self-diagnose or are diagnosed with a voice disorder?  They need to take a serious look at their vocal personality outside of singing.  This requires cutting back on voice use and trying to be somewhere between a one and a three on the seven point scale.  After the issue resolves, it is suggested they try to maintain a vocal personality of a four or five.  Going back to your six or seven rating risks re-occurrence.

Many performers and singers have large personalities and the prospect of chilling out vocally can be depressing.  However, one really needs to put it in perspective and realize the outcome of continued over use.  It is a necessary adjustment if you are interested in the long-term survival of your voice.

Some singers also put themselves in jeopardy from non-singing issues by their employment or social activities.  Jobs such as waitressing, tending bar, etc., in loud environments put them at risk as does frequently visiting such places.  Other jobs such as teaching put them at risk because of the amount of voice use and possibly yelling at uncooperative students.

How does one know if there is swelling on the vocal folds?  Besides obvious symptoms such as aphonia (lack of voice), extreme hoarseness, loss of higher notes, the loss of high soft singing is a surefire way to diagnose even minor swellings.  Reducing voice use when this occurs is the best, safest, most natural way to prevent further swelling from occurring.  Knowing this will save your voice and your future.

Randy Buescher is an internationally recognized expert in non-classical vocal technique. He is also well known as a clinician, author, vocal therapist, and researcher. His clients include stars of major Broadway productions, touring companies, and high profile Chicago companies. He has also worked with artists from virtually every major record label and stars of various network television shows. His clients have won Tony Awards, Dove Awards, Emmys, have been nominated for Grammies, and been American Idol finalists. Based out of Chicago, Randy works a large number of clients and is not only degreed in Music and Mass Media Communications (from DePaul University), but also degreed in Communication Disorders from Governor State University. He has presented, or been a speaker for the Voice Foundation, NATS, Naras, and the Broadway Theatre Project, along with various universities, high schools and other institutions. Randy was recently recruited to be the Singing Voice Specialist at the Chicago Institute for Voice Care at the UIC Medical Center in Chicago.

You can learn more about him at www.yourtruevoicestudio.com

Previous: Herbs for the Voice and Throat
Next: The Respiratory Enhancer